A Bottle of Spray Waterproofs Almost Anything

A $20 Bottle of Spray Waterproofs Almost Anything 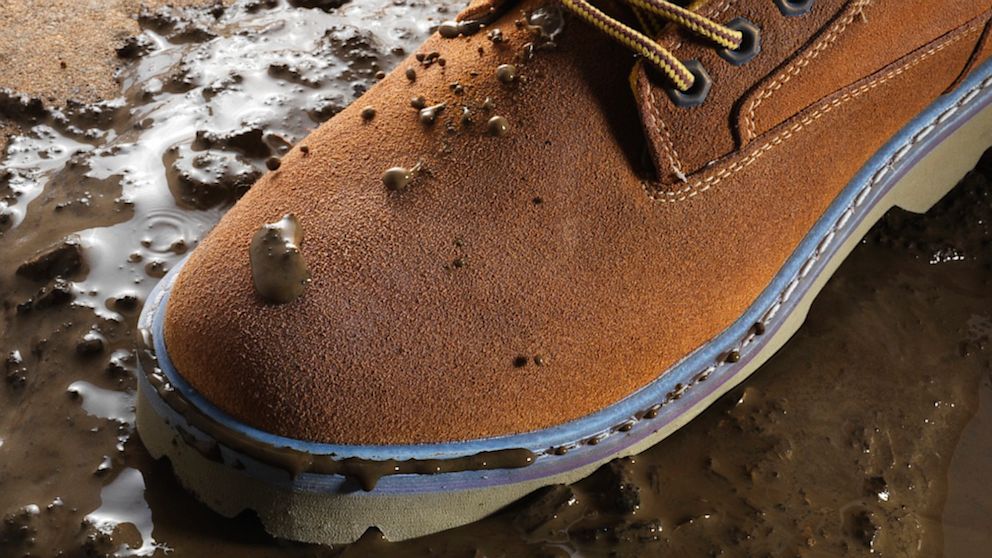 It almost sounds like a science experiment, but it’s now a reality in a $20 box at Home Depot. Rust-Oleum’s NeverWet is exactly what it says it is: a solution that promises that your fabrics and surfaces never get wet. You don’t need to bring your bags or placemats or boots to the store, either. According to the company, after the two-step spray process, which requires a short wait time before exposure to water, your items will be completely water-repellant.

Developed by Ross Nanotechnology, the patent pending silicon-based coating repels liquids with a high 165 degree contact angle that is created when it is applied. The angle is higher than ones created by car wax or waterproof shoe spray. Rust-Oleum licensed the technology and optimized it for consumer use.

“It’s like putting a marble on glass — it would just roll right off,” Jim Stinner, vice president of marketing for Rust-Oleum, told ABC News. “With traditional waterproofers, the water would sit on the surface. Here it shoots off.”

In a marketing video, Rust-Oleum has shown that a shirt and pair of sneakers both coated with the substance can repel chocolate spread or a cardboard box coated with it can stay intact when cold ice and beers are poured in. The company says it works best on metal, wood, concrete, aluminum, and most plastics.

Wet Phone? How To Dry Out Your Phone and Waterproof It

“Almost any surface you can think of you can put the coating on and it will never get wet,” Stinner explained. “We’ve tested it with so many different objects and a bunch of different fluids to show what it can do.”

Still, there are some objects that Rust-Oleum doesn’t advise the solution be used on. Despite showing clothing in the videos, it doesn’t recommend that people use the solution on clothing, though fabrics are fine. Additionally, while an iPhone is shown in a few user demonstration videos, the company doesn’t suggest applying it to electronics right now.

Ashley Lehrmann, senior director of brand management for Rust-Oleum, says that electronics such as the iPhone and other smartphones require a bit more user precision. A company named Liquipel offers a similar service. A coating applied to phones by the company, which isn’t visible to the naked eye, repels water. It requires you send the phone to the company for the treatment, however.

But it might not be too long before your phone is also never wet. “There will be a different version at some point in the future that is more suited for that,” Stinner said.