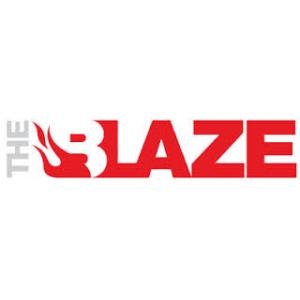 Earlier this year, we wrote about an amazing demonstration of a water-repelling substance that kept any surface it was applied to clean and dry. Now, a similar concept is being brought to some local hardware stores under a popular paint and coatings brand.

NeverWet, which had its own viral video demonstration last year by Lancaster Online garnering more than 4.9 million views to date, will begin selling its superhydrophobic spray system under the Rust-Oleum brand at Home Depot stores nationwide.

“This is a game changer,” Jim Stinner, vice president of marketing for Rust-Oleum, said, according to the Lancaster Online. “Everyone is going to want to try it out.”

“This is certainly going to be one of the biggest products we’ve ever had,” he continued.

Stinner also said the product itself has already generated considerable interest, even though it won’t be hitting the shelves for the next couple weeks.

NeverWet consists of a two-can spray kit that can cover a 10 to 15-square-foot area, making it repellant to water and heavy oils:

Among other things, it can be used on metal, wood, masonry and aluminum as well as fabric, leather and canvas.

But the possible uses for Rust-Oleum NeverWet seem limited only by the imagination of the customer.

For instance, NeverWet officials showed a reporter this past week how it can be sprayed on the inside of a cardboard case of beer to make an impromptu ice chest.

Yes, it works on phones too in up to six inches of water.

“Any object coated with our NeverWet coating literally cannot be touched by liquid,” the Pennsylvania-based company stated. “Any liquid placed on this coating is repelled and simply rolls off without touching the underlying surface. Not only is this amazing to see, but it solves a myriad of problems.”

Check out how it works:

Even with the partnership NeverWet has made with Rust-Oleum, which NeverWet CEO Daniel Hobson called a “huge deal” for the “innovation company,” he told Lancaster Online they’re not stopping when it comes to improving the product. They hope to have a completely transparent spray — it currently leaves a slightly cloudy look — in the future.

The product will sell at Home Depot for $19.97 per spray system.